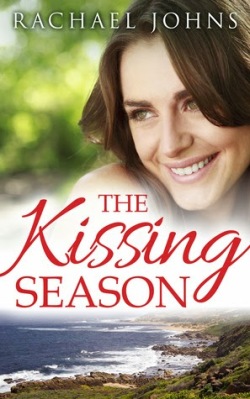 Summary: Hannah Elliot is known for making bad decisions. She has just returned home to Wildwood Point in Western Australia from a whirlwind marriage to an almost complete stranger in Las Vegas. The marriage has been annulled but she is pregnant.

She has not told her family because she knows they will be disappointed yet again. She is working at her family’s furniture shop and hopes to be responsible enough to raise a baby by herself.

Matteo Della Bosca (Matt) walks into the shop to purchase furniture for the house he bought for his mother, Sarah, who does cleaning for the Elliot family. He is of Italian descent. He has not been in town long because he lives in Melbourne and rarely visited his family home, knowing that his stepfather resented him.
He meets Hannah at the shop and there is instant chemistry between the two of them. Hannah does not want to confide in Matt about her past because she wants to tell her family first.
This book by Rachael Johns is about what happens between them and how they reach their happy ending.
My thoughts: The story idea is good and so is the way it progressed towards its end.
I do not like highly descriptive (and too many) sex scenes in romances. So the first meeting between Matt and Hannah did not sit well with me, especially since Hannah is supposedly trying to responsible and mature.
Once I got past that, I liked the story.

Matt is a great character and how he treated Hannah despite all her so-called flaws was wonderful. Matt’s mother Sarah was also a delightful character. She warns her own son not to mess with Hannah, out of loyalty towards the Elliot family and affection towards Hannah. Hannah’s family and friends also were enjoyable characters.

I appreciated that the secret of Hannah’s pregnancy was revealed to Matt and to her family and was not kept until the last causing unnecessary misunderstanding and heartache.

I also liked the parts about the town’s Christmas tree event. So, overall this was a sweet, fun, short read with a clear Christmas feel.
Note: This book was given to me by Harlequin Australia in exchange for an honest review. I thank them for that.