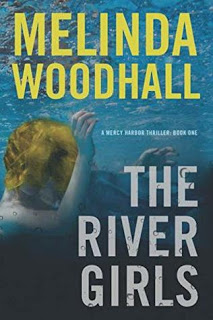 When I first came upon The River Girls by MelindaWoodhall, I was excited because it was the first book in a thriller series (Mercy Harbor). I thought thrillers would give me the respite I wanted from the memoirs that I was reading in 2020. I was wrong.

Let me begin with the positives.

However, I disliked the book probably because this was not the right time for me to read it.

The instances of innocent girls being abused—forcible use of illegal drugs, domestic violence, sexual assault, kidnapping, murder, human trafficking—were unbearable.
That some law enforcement officials were lackadaisical/corrupt/evil also added to it.

I was already reeling from an excess of fear, anger, and sadness. This book gave me no relief, no hope.

Note: BookSirens provided a free copy in exchange for an honest review.